The Tidings of the Trees by Wolfgang Hilbig (Two Lines Press, 2018) 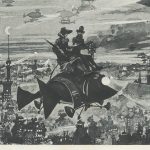 “Kalka’s essays are buoyant and snappily written, bringing an endlessly revealing lens to train on Wagner’s opera The Valkyrie; Balzac’s novel A Woman of Thirty […] and, in the title essay, the relationship between artificial illumination and Jack the Ripper.”
(Publishers Weekly)

“His freewheeling essays — adroitly translated by Isabel Fargo Cole — reveal not only an easy familiarity with the obvious masterpieces of German, French and English-language literature, but also a devotee’s appreciation of ghost stories, mysteries, classic films and comics.” (Washington Post) 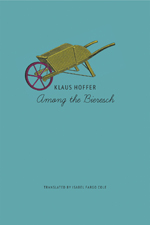 Among the Bieresch by Klaus Hoffer (Seagull Books, 2016)

“[L]ike the works of Kafka, Borges, Beckett and many of the other writers who have loaned their words and inspiration, this is a novel that can be read and re-read with each visit opening new vistas, hinting at new meanings, and fostering new perspectives as one explores the bizarre world of the Bieresch.” (3:AM Magazine) 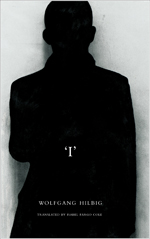 “Hilbig’s brooding, lyrical prose brings the pettiness and squalor of the security state to life.” (LA Review of Books)

“‘I’ is a powerful depiction of GDR life by somebody who was both shaped by it and became its clear-eyed critic. But Hilbig’s visions of psychological and social turmoil, and his refusal to condemn his protagonist, give ‘I’ considerable artistic, as well as historical, value.” (The Independent)

“‘I’ is a powerfully eloquent read which wraps us in the stratified world of its main character’s perceived impotence against an almost invisible omnipotent state.” (Bookslut) 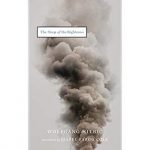 “Hilbig’s masterly work captures the angst of a man unable to escape the wreckage of his past.” (New York Times)

“The Sleep of the Righteous is a stunning literary achievement. […] In prose that flashes like black fire, a seething hush gathering in pockets of remarkable beauty, Hilbig circles a renewal that outstrips both the ravages of history and the ruins of the present. That regeneration, he seems to suggest, belongs to literature—and one need read no further than this extraordinary novel to be converted; indeed, to become both acolyte and evangelist.” (Words without Borders)

Extract in The White Review 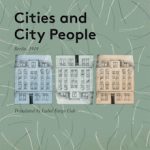 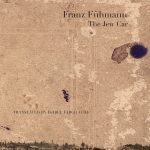 The Jew Car by Franz Fühmann (Seagull Books, 2013)
Shortlist, Oxford-Weidenfeld Prize 2013: “A fluent and compelling translation of a powerful account of the forming of political views and prejudices.”

“The Jew Car […] consists of 14 gripping episodes of autobiography […] a classic study of the art of blanking out, of not seeing what you don’t want to see. The title story [is] deft and grotesque […].” (London Review of Books)

“Fühmann pairs moments of his youth with key moments in the Third Reich’s rise and fall – a set of parallel narratives that […] allow the story of a life to stand in for the story of a nation. It is not surprising that the novel’s titular first episode was anthologized and taught to an entire generation of post-war East Germans. ‘The Jew Car’ recreates the mind of a nine-year-old child as he learns to hold Jews responsible for a host of humiliations.” (Times Literary Supplement)

“It’s not often that a fierce belief in fascism is described with such delicate intensely, nor is it the norm to see such a level of honesty permeate a work about the life of a dedicated soldier in 1940s Germany. Fühmann’s collection is a beautifully strange offering that calls into question the power of his own recollections as it documents a history the world is all too familiar with from a unique and captivating vantage point.” (Typographical Era)

“This edgy, clear-sighted narrative is a timely reminder of how Nazi ideology anaesthetized critical thought. The translator has done us a service by producing a thoroughly readable text that conveys the author’s changing styles and his ironic play with words. […] A brilliant narrative, long overdue in English translation.” (The Tablet)

Extract: “Rainy Day in the Caucasus” 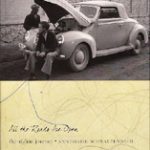 All the Roads Are Open by Annemarie Schwarzenbach (Seagull Books, 2011)

“Schwarzenbach—androgynous, suicidal, opium-addicted—embarked on journeys that still seem impossible today. With her friend Ella K. Maillart, she roadtripped Aftghanistan—two women in an untrustworthy car. All the Roads Are Open … collects the wonderful newspaper articles Schwarzenbach wrote during the journey.” (The Village Voice)

“Through lyrical prose and a keen sense of wonder, the long road to Afghanistan is never tedious. Complete with picturesque descriptions of passing mountains, fields, valleys, deserts and their enigmatic denizens, All the Roads Are Open still enchants more than 70 years after its conception.” (The National)

“An eloquent reflection on the essence & lure of travel […] intimately documented and deeply contemplative.” (The Sunday Guardian) 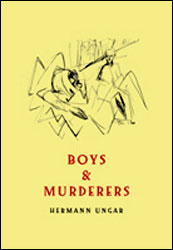 “It would be perfectly apt to entitle Hermann Ungar’s entire fictional output Boys & Murderers encapsulating, as it does, his trademark concerns with sex and death and damaged lives. […] adroit, blackly humorous and perturbing.” (Times Literary Supplement)

“Its title less Freudian than factual, a bald statement of theme, Boys & Murderers is obsessional literature, harrowing and pitiless. [Its] stories confront a world in adolescent decay, a modernity beset with the basest desires: Ungar’s people are almost invariably nymphomaniacs and killers, soldier-drunkards humored by the occasional barbering hunchback. In these pages, there’s little history to parse, and hardly any psychology. Topos matters little; the names may change, but we stay the same — our demons follow us everywhere.” (The Forward)